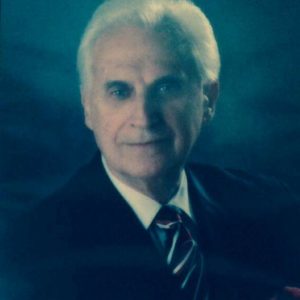 As a young child, Lawrence A. Gabriel knew his calling in life was to become a Funeral Director.  He often told his family and friends, by the time he was age 10, he identified his passion and knew his destiny was to become a funeral director.  Upon graduating high school, Lawrence attended McAllister’s School of Embalming, New York City.  In 1954, Lawrence became a licensed funeral director in both Pennsylvania and New York.  In the early 1960’s, Lawrence opened his first funeral home in Phoenixville, PA, hometown of his wife, Yolanda.  During the early 1960’s, Mr. Gabriel was awarded a contract for trade work with the Valley Forge Veteran’s Hospital.  He exclusively handled the embalming and initial preparations for all deceased veterans.  Mr. Gabriel made all local arrangements in order for the deceased veterans to return home for their final disposition.

In 1968, local funeral director, Jacob B. Graziano passed away.   Mr. Gabriel was given the opportunity to purchase the Graziano Funeral Home, 2 Hospital Street, and return to his hometown.  In September of 1968, Mr. Gabriel, his wife, Yolanda, and four children, Lawrence Jr., Ramona, Francine, and Gary returned to Mr. Gabriel’s hometown of Carbondale. 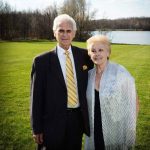 The Lawrence A. Gabriel Funeral Home became the successor to the Jacob B. Graziano Funeral Home.  From 1968 until the early 1970’s, Mr. Gabriel also provided ambulance services until there was no longer a need for funeral homes to provide those services.

From 1968 through 1980, the Lawrence A. Gabriel Funeral Home began to steadily grow.  At a time when our community usually patronized businesses of their own heritage, Mr. Gabriel felt it was important to diversify his clientele.  In 1980, Mr. Gabriel expanded his business and purchased the George A. Collins Funeral Home (formerly the McHale Funeral Home), on 74 North Main Street, in Carbondale.

From 1968 through present day, the Lawrence A. Gabriel Funeral Home has established itself as one of the most respected funeral homes in our area.  Mr. Gabriel set a standard of excellence that is second to none. 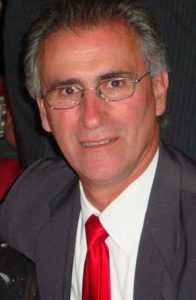 Although Lawrence A. Gabriel Sr. is no longer with us, his standard of excellence is something that his son and staff continue to achieve on a daily basis.