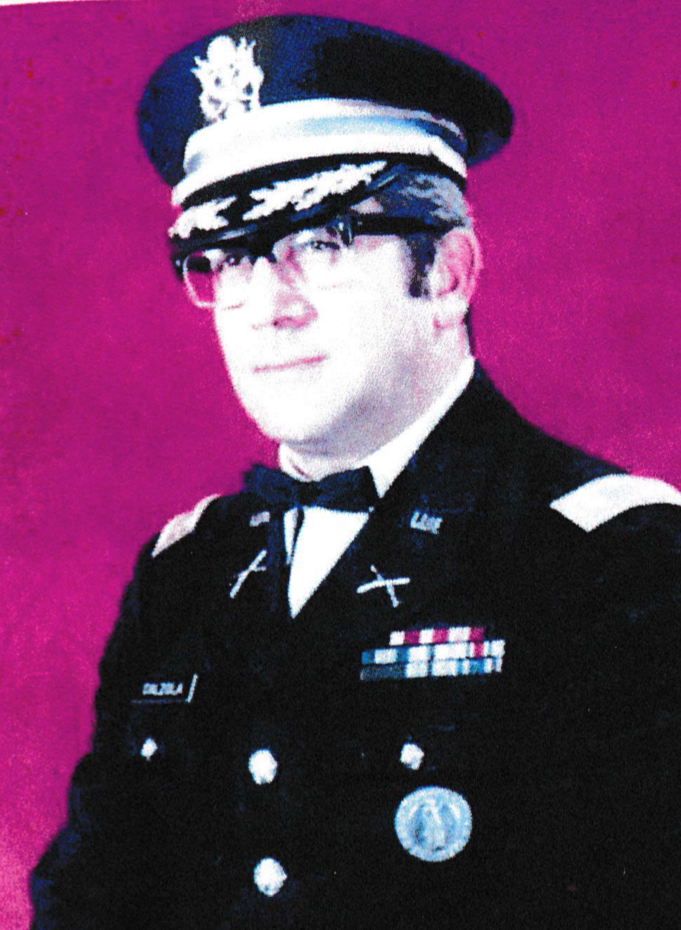 Obituary Viewed 811 times
Albert “Abe” Calzola
January 27, 2021
Albert “Abe” Calzola went home to be with our Lord on Jan. 27, 2021. His wife of 58 years was the late Antoinette (Toni) Ciance Calzola.
A lifelong resident of Eastern Avenue, Carbondale, and most recently Gino Merli Veterans Center, he passed away after a brief illness. Born Aug. 6, 1933, son of the late Constantino and Mary (Panfili) Calzola, he was a tough but loving husband, dad, nonno, brother and friend with a heart of gold.
Abe was a consummate story teller from the tales of growing up close to the coal mines, trying out for the Phillies at 16, having his aunt sign his enlistment papers without his mom’s knowledge, to stories of his many adventures throughout his military career and of times living as a young man with a family of his own on Eastern Avenue. One of his favorite stories was how, after leaving his car parked out in front of the house, he would wake many mornings to find he mysteriously had less gas in it. Our cousins from the top of the hill could probably help solve that mystery. He had hundreds of stories of the many adventures he had while serving in enlisted ranks and as an officer in the Army/National Guard, retiring as a major after 28 years. His service was a great source of pride for him and our family.
He loved his country and community and served both throughout his life. In addition to his military service, he was also on Carbondale City Council, emergency manager, worked at Farview, was a Little League coach and, in his retirement, worked at CAHS as an attendance officer trying to motivate students to stay in school. For many years “Mr. Nice Guy” sent letters to the editor addressing the concerns of the city and offered solutions to those concerns. He was a planner and problem solver always having viable and reachable means to improve our city. He truly always had the best interests of Carbondale at heart.
His two careers as a young father, over the road truck driver and National Guard member, had him away from home often yet he was never absent. He would share his love of the military and military history by taking at least one annual trip to West Point and by giving rides in the old military Jeeps with no doors, no seatbelts and the smell of old burlap. He also shared his trucking career by bringing his big truck home and letting us “clean” it (really we were just playing in the cab). He taught us many life lessons through his work ethic, his love of God and family and his involvement in our lives.
He loved to practice with us and coached our Little League teams and later cheered on his grandchildren as they played baseball and softball. He was always available to teach us maintenance on the family cars by having us help change oil and tires and reattach the occasional parts that somehow got left behind on the way home. He also loved to hunt and shared that passion with his sons. They shared many seasons at the hunting camp on the Delaware and going for that big buck on Salem Mountain.
We will miss the hundreds of stories we heard. We will miss his tough love and his big nonno hugs. Mostly we will miss just knowing that this constant, strong, larger than life dad and nonno is no longer here to just share time with. Thank you for being such a positive influence in all of our lives. We love you and we salute you, dad!
He is survived by his children, Gina (Patrick) Lynn, Vincent (Barbara) Calzola, Anita Calzola and Albert (MaryJane) Calzola; grandchildren, Katie (Dan) Downton, Makenzie Lynn, Dominic (Jackie Lahr) Calzola, Gianna Calzola (Mark) Helmick, Michael (Briana Luppino) Calzola, Sophia Calzola, Giovanni Calzola, Constantino Calzola; great-granddaughters, Lillian Ross, Baker Helmick, and ToniJune Downton; his sister, Eleanora Swingle; sister-in-law, Eileen Ciance; along with many cousins, nieces and nephews.
He was preceded in death by a brother, Constantino Calzola.
Memorial services including military honors will be held at a future date yet to be determined.
Arrangements by Lawrence A. Gabriel Funeral Home and Cremation Services Inc., 74 N. Main St., Carbondale.
Online condolences may be sent to the funeral home website.