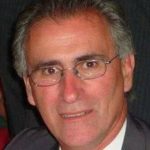 Lawrence A. Gabriel Jr. was a 1974 graduate of the Carbondale Area Junior/Senior High School.   He furthered his education at the Simmons School of Mortuary Science.  Larry Jr. became a licensed funeral director in 1979.  He is a member of Our Lady of Mount Carmel Church, Carbondale.  Larry and his wife Linda (Fallon) have five children, Lawrence A. Gabriel III, Landon, Logan, Lincoln, and Lance Gabriel.  Larry and Linda were (and still are) very actively involved in their children’s lives.  Larry Jr. was a member and former treasurer of the Carbondale Area Junior Sports Association (sponsor of Carbondale Youth Football & Cheerleading), where he was a youth football coach for over 30 years.  In addition, Larry Jr. was a member of the Carbondale Pre-Teen Park Association, where he was a volunteer little league coach.  Larry Jr. has been a sports writer for the local newspaper, the Carbondale News for 40 years, where he spent much of his career as the sports editor.  He is currently a sports correspondent for the same newspaper.

Lawrence A. Gabriel Jr., currently resides in Carbondale, with his wife, Linda (Fallon).  The two share a passion for family, friends, and local sports, especially the Carbondale Area Chargers.  Two of their children (Larry III and Landon) are fortunate enough to be teachers and coaches for the Carbondale Area School District.  Larry Jr. and Linda attend as many sporting events as their schedules allow.   However, their greatest love in life is their grandchildren.  Larry Jr. and Linda look forward to their interactions with their five grandchildren, Levi, Leyland, Layton, Aria, and Sabina. 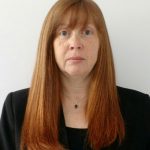 Linda was a 1985 graduate of Carbondale Area Junior/Senior High School.  She earned her cosmetology license in 1985 and went on to further her education at Northampton County Community College in the funeral service education program.  Linda became a licensed funeral director in 1993.  Prior to joining the Lawrence A. Gabriel Funeral Homes, Linda has worked with the Lanterman and Allen Funeral Home in East Stroudsburg PA, as well as the former Jenkins Funeral Home in Waymart PA.  Linda and her husband, Matthew, have three children, Danielle, Deven, and Halley, as well as three grandchildren, Anthony, Noah, and Amelia.  Linda and her husband currently reside in Carbondale with two of their children.  She enjoys travelling and spending time with her family. 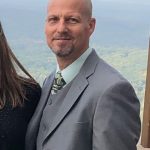 Andrew A. Yurkanin Jr. is a 1984 graduate of Lakeland High School.  He then continued his education at Lackawanna Junior College, earning an Associate’s Degree in Business and then went on to earn his degree in Mortuary Science at Simmons School of Mortuary Science in Syracuse.  He became a licensed funeral director in 1992.  He and his wife, Sue (Price) then made the decision to open a funeral home, purchasing the former John Wiorkowski Funeral Home in Dickson City in 1993.  Sad to say, after 26 years, the decision to close the doors and sell the property was a hard one to make.  They now live in Greenfield Twp. with their 2 sons, Andrew III and Adam.  Over the years, while living in Dickson City, they were active in several churches, as well as in Cub Scout Pack 21 and Boy Scout Troop 21 with their sons, making several friends along the way.  They have been members of the Crossroad Assembly of God Church, Elmhurst, for the past several years, where they are deeply involved with the music ministry and youth ministry.  Drew has been associated with the Lawrence A. Gabriel Funeral Home since 1986. 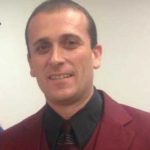 Glenn was a graduate of Fell Township High School.  He furthered his education at East Stroudsburg University.  He earned a master’s degree in health and physical education.  Glenn is also  certified in safety education as well as driver’s education.   He was a health and physical education teacher for the Mid Valley School district for three years and the Carbondale Area School District for 32 years.   Over the course of his career, Glenn was a basketball and baseball coach in both the Mid Valley and Carbondale Area School Districts. In addition, he served as athletic director for 16 years for the Carbondale Area School District.   In 1993, Glenn’s Carbondale Area Chargers achieved a perfect (30-0) record and were crowned PIAA Class AA State Champions.  The following year, the Chargers finished with a record of 29-1 and finished as state runner up.  Over the course of those two seasons, his teams rattled off 59 straight wins, which was a Pennsylvania record.  Glenn was named “Lackawanna League Coach of the Year” three times and “PIAA Small School Coach of the Year” in 1993.  He retired from teaching from Carbondale Area in June of 2004.

Glenn has been affiliated with the Lawrence A. Gabriel Funeral Homes and Cremation Services, Inc., for the past 17 years.